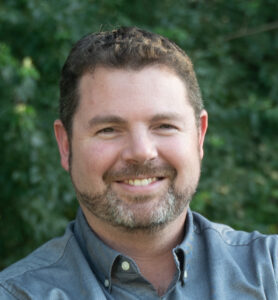 Hi!  Thanks for visiting my site.  Hopefully, you came here because you read my book (or at least some of it) and want to know what kind of person could write such a thing.  Well, allow me to tell you a little bit about myself.

I was born on July 30th, 1981.  I grew up in a city called Oakwood, which is a small suburb just outside of Dayton, Ohio.  People referred to Oakwood as “the dome” because nothing bad ever happened there, and with the exception of an occasional loose dog, that was generally true.

I have two loving parents and a younger sister who now claims that she is a doctor, though I am skeptical.  My parents were both teachers in the school district, and since it was a small town, I ended up having both of them in class which was an interesting experience for everyone involved.

Amongst a myriad of sports participation trophies, my crowning achievement growing up was when I won the prestigious Power of the Pen writing competition in eighth grade.  So yeah… kind of a big deal.

About that same time, my grandma introduced me to the epic fantasy genre when she gave me her worn paperback copy of The Hobbit.  I’ve been hooked ever since.

After high school I attended Ohio University where I majored in video production and interactive multimedia.  After graduation I decided to move to Columbus, Ohio where I became a waiter at Texas Roadhouse and promptly gained fifteen pounds from eating an endless supply of cinnamon butter rolls.  Delicious.

My first “real” job was as a web designer for The Columbus Dispatch, the local newspaper here in Columbus.  I worked there for five years before leaving and starting my own multimedia company, Blue Avenue Media, which I still own and operate today.

In 2009, I somehow convinced a pretty girl to marry me.  Stephanie and I now have three children who provide an endless amount of entertainment, frustration and general astonishment.  Fortunately, they all look like their mother, although two of them seem to have inherited their dad’s unibrow.  Oh well, it’s character building.

I started writing Hyperion’s Shield five years ago during my business’ slow season, and have hacked away at it for two months out of each year since.   If you haven’t read it, I sincerely hope that you pick it up just so that I can prove to my wife that I haven’t been locking myself in my office for the past five years just to avoid giving the kids a bath (although that isn’t entirely false).

Oh, and if you find any misspelling in this or anywhere in the book, please don’t tell my mom.  I’ll never hear the end of it.

We promise to only send you good stuff.

You have Successfully Subscribed!